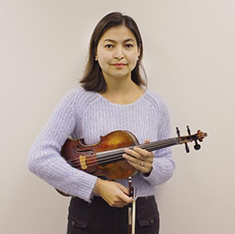 Dr. Yenlik (Ella) Weiss is a dedicated chamber musician, orchestra performer, and teacher. In addition to maintaining contracts with the Boulder Philharmonic and Redlands Symphony Orchestras, she has performed with the San Bernardino Symphony, Santa Barbara Symphony Orchestra and Santa Barbara Opera, Pasadena Symphony Orchestra, Pasadena Pops, Riverside Symphony Orchestra, Long Beach Symphony Orchestra, Fresno Philharmonic, Marina del Rey Symphony, Colorado Music Festival, Aspen Choral Society, and served as an Associate Concertmaster of the Colorado Mahler Festival and Boulder Chamber Orchestra. She has been a featured soloist for the Steamboat Springs Chamber Orchestra, Aurora Symphony, on Colorado Public Radio, and performed numerous chamber solos in the US, Europe, and Asia. As a member of the Boulder Philharmonic Education String Quartet she has visited and performed at dozens of schools and performed family concerts at the Boulder Public Library. She also mentors students at the Greater Boulder Youth Orchestra. Ella completed her Masters in Violin Performance in Cleveland and received her Doctorate of Musical Arts from the University of Colorado at Boulder. As a freelance musician in Los Angeles, she performed with Sir Elton John, Sarah McLachlan, and Earth Wind & Fire among other contemporary performers, and performed at the Walt Disney Concert Hall.
View Group Lesson Info 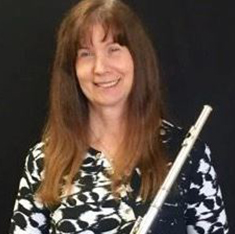 Liz describes her teaching style as “traditional” but makes it a lifelong passion to continue to learn new and exciting information about education by attending workshops and masterclasses as much as possible.

Recitals and competitions are always available to her students. Liz also makes sure that her students are aware of any great concerts going on in the area. 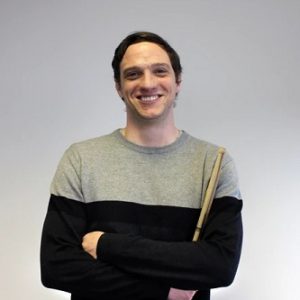 Dan Nusz has been playing drums for over twenty years, playing in Jazz, Rock, Blues, Funk, Country, Heavy Metal, and Jam bands all over the country. He has over 10 years’ experience teaching a wide variety of drum styles and enjoys teaching students from all experience levels and ages.
Dan works with each student to provide a fun, personalized, and scalable lesson plan that ensures every lesson is tailored to the student’s ability and musical tastes.  He strives to build each student’s technique, creativity, song and style repertoire, and ability to improvise,  Additionally, to give students a better feel for incorporating drums into all aspects of music, or to help students prepare for playing in a band, Dan will often accompany students on guitar or bass.
View Group Lesson Info 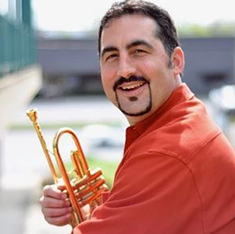 Trumpeter, Arranger, and Composer Jon-Paul Frappier has performed and recorded professionally for over 25 years with top music industry artists like Aretha Franklin, Lionel Richie, Kirk Franklin, and The Temptations. A Detroit native he has a versatile and eclectic background. His 2012 solo release “Funkybrass” as well as the 2010 “A Brass Christmas at The National Shrine” recordings display his range and versatility as a World Class Trumpet Player, Arranger, Composer, and Producer. His compositions and arrangements have been featured in 2016 on Fox’s Rosewood, and Grey’s Anatomy.

Jon-Paul has played, arranged and/or contracted for thousands of live shows and over 500 recordings. He was a member of Charles Walker and The Dynamites from 2007-2012. He toured with Grammy winner Mike Farris from 2009-2016. He has performed at The Hollywood Bowl, The Staples Center, The Montreal Jazz Festival, Austin City Limits Festival, SXSW, The Ryman, The Grand Ole Opry, and on 10 International Tours. J.P.has recorded with Producers like Kevin Kadish, Mark Bright, Brent Maher, Kevin Killen, Denny Diante, Ronnie King, Tommy Sims, and Keith Thomas. Jon-Paul has recorded at all of the major Nashville studios including; Ocean Way, Blackbird, Warner Brothers, RCA studio A, and House of Blues just to name a few. His string and horn arrangements appear on Grammy nominated recordings and the Juno award winning 2012 Platinum Recording “Fire It Up” by Canadian superstar Johnny Reid. Jon-Paul was a board member and arranger with The Chatterbird Chamber Ensemble in Nashville for 2014-2016. Jon-Paul is now Principal Trumpet and Arranger of The Denver Pops Orchestra.  Performed with:  Lionel Richie, Aretha Franklin, The Temptations, The Four Tops and many others. 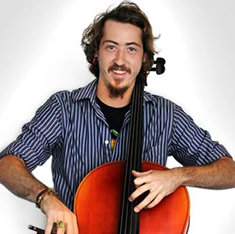 Joe Engel’s experience as a cellist is varied and eclectic. He holds a Bachelors degree in Cello Performance, a Bachelors of Music Composition and Theory, and a Masters degree in Cello Performance. Joe has had the privilege to study with some of the worlds best performers and teachers, including Daniel Morganstern, Jurgen de Lemos (former long-time principal of the Colorado Symphony Orchestra), and more recently, Matthew Zalkind (cello) and Pak Made Lasmawan (Balinese gamelan). With 14+ years of classical cello experience, an extensive knowledge of pedagogical, solo, chamber, and orchestra reportoire spanning Baroque – the present, he crafts his teaching approach to each student individually, based on their specific needs, goals, and learning styles. His laid back teaching style coupled with clear educational direction lead to an enjoyable and focused learning environment. 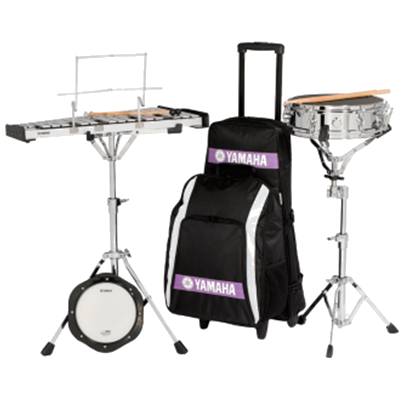 The snare drum or side drum is a percussion instrument that produces a sharp staccato sound when the head is struck with a drum stick, due to the use of a series of stiff wires held under tension against the lower skin. Snare drums are often used in orchestras, concert bands, marching bands, parades, drumlines, drum corps, and more. It is one of the central pieces in a drum set, a group of several drums, and cymbals that one player uses. 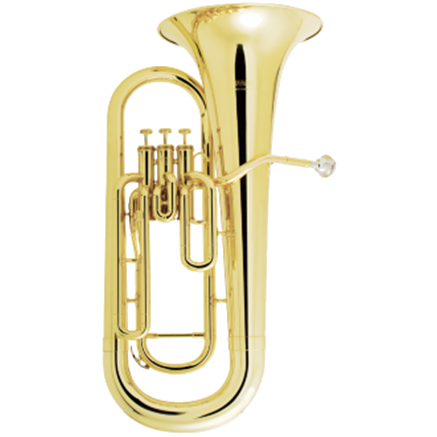 A baritone[1] is a type of classical[2] male singing voice whose vocal range lies between the bass and the tenor voice-types.[3][4] The term originates from the Greek βαρύτονος (barýtonos), meaning “heavy sounding”.
Learn More
Rent Now 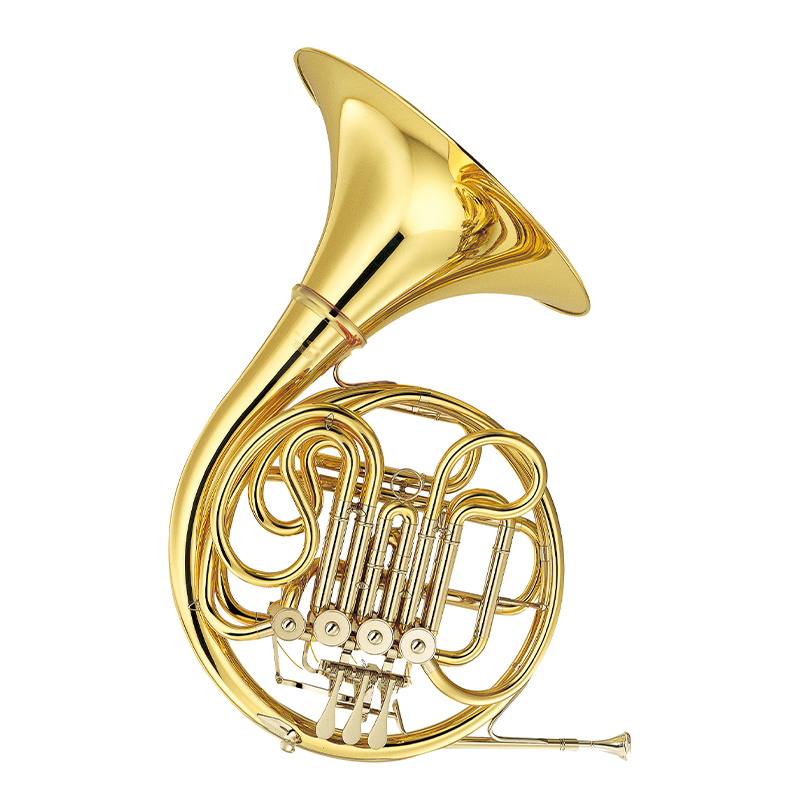 The French horn (since the 1930s known simply as the “horn” in professional music circles) is a brass instrument made of tubing wrapped into a coil with a flared bell. The double horn in F/B♭ (technically a variety of German horn) is the horn most often used by players in professional orchestras and bands. A musician who plays a horn is known as a horn player or hornist.
Learn More
Rent Now 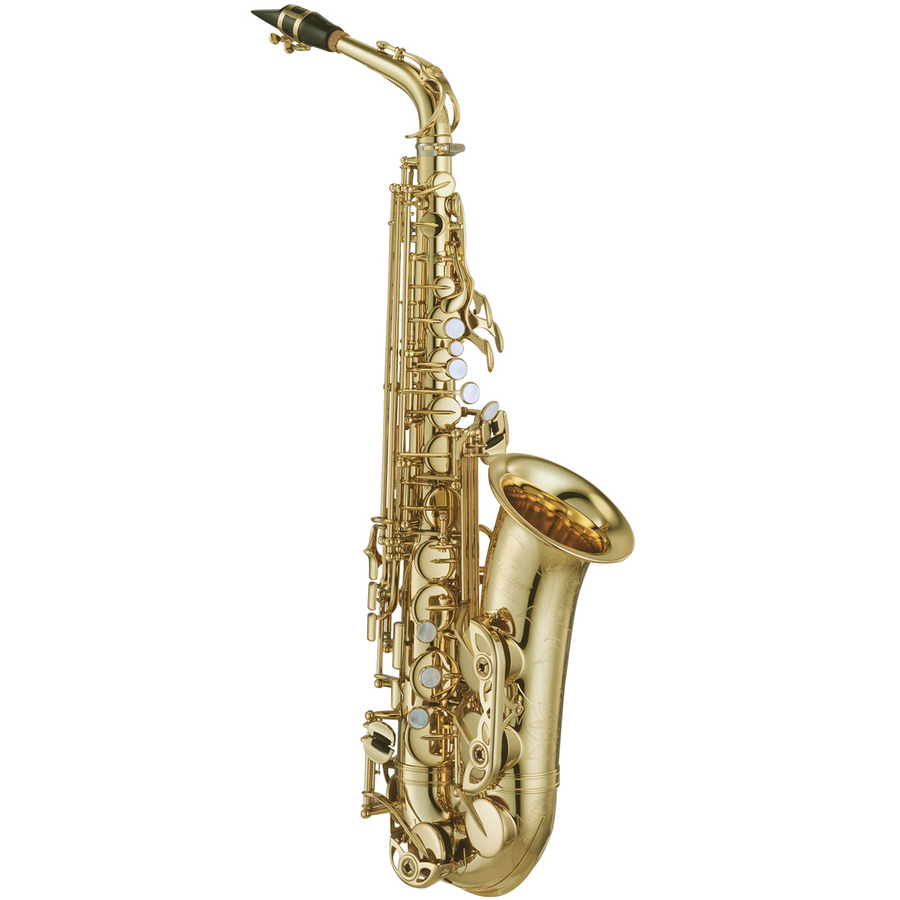 The alto saxophone (referred to colloquially as the alto sax) is the second highest instrument in a family of woodwind instruments usually made of brass and played with a single-reed mouthpiece.[2] Although most saxophones are made from brass, they are categorized as woodwind instruments, because sound is produced by an oscillating reed (traditionally made out of woody cane) rather than lips vibrating in a mouthpiece cup as with the brass instrument family.

The trumpet is a brass instrument commonly used in classical and jazz ensembles. The trumpet group ranges from the piccolo trumpet with the highest register in the brass family, to the bass trumpet, which is pitched one octave below the standard B♭ or C Trumpet.
Learn More
Rent Now 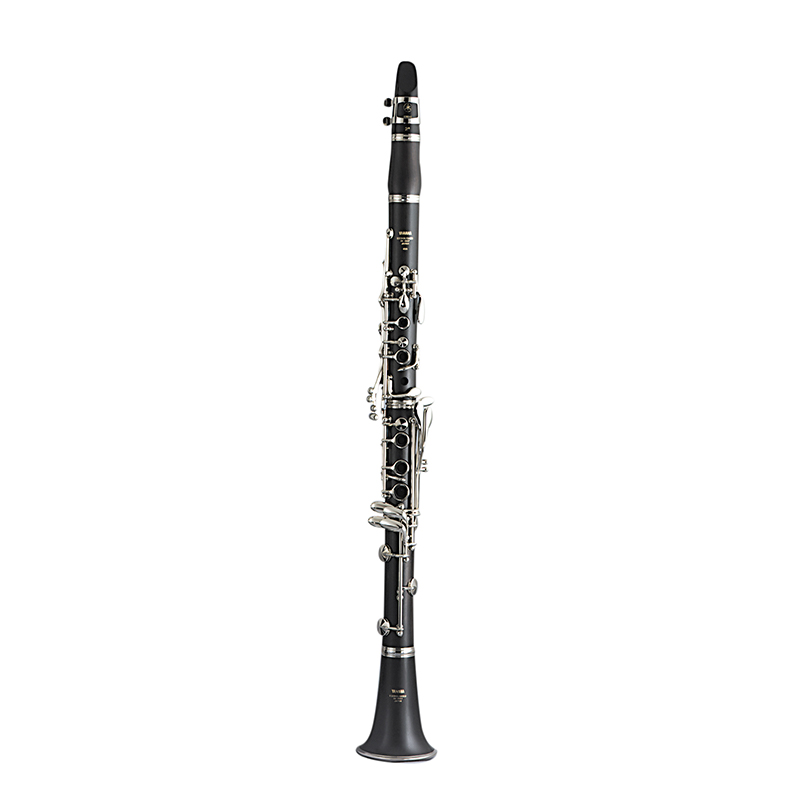 The clarinet is a family of woodwind instruments. It has a single-reed mouthpiece, a straight, cylindrical tube with an almost cylindrical bore, and a flared bell. A person who plays a clarinet is called a clarinetist (sometimes spelled clarinettist).
Learn More
Rent Now

The cello (/ˈtʃɛloʊ/ CHEL-oh; plural celli or cellos) or violoncello (/ˌvaɪələnˈtʃɛloʊ/ VY-ə-lən-CHEL-oh;[1] Italian pronunciation: [vjolonˈtʃɛllo]) is a bowed (and occasionally plucked) string instrument of the violin family. Its four strings are usually tuned in perfect fifths: from low to high, C2, G2, D3 and A3, an octave lower than the viola. Music for the cello is generally written in the bass clef, with tenor clef and treble clef used for higher-range passages.
Learn More
Rent Now 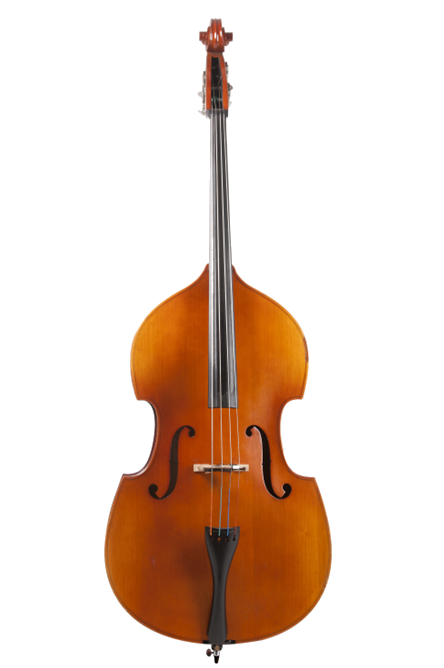 The double bass, is the largest and lowest-pitched bowed or plucked string instrument in the modern symphony orchestra. The bass is a standard member of the orchestra’s string section, as well as the concert band, and is featured in concertos, solo, and chamber music in Western classical music. The bass is used in a range of other types of music such as jazz, 1950s-style blues and rock and roll, rockabilly, psychobilly, traditional country music, bluegrass, tango and many types of folk music.
Learn More
Rent Now 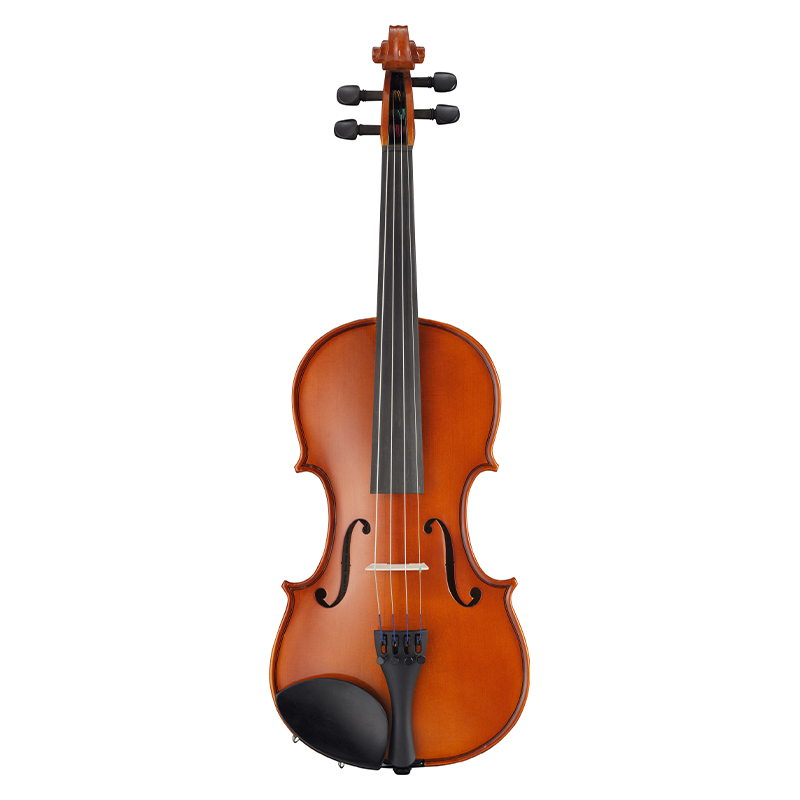 The violin, sometimes known as a fiddle, is a wooden string instrument in the violin family. Most violins have a hollow wooden body. It is the smallest and highest-pitched instrument (soprano) in the family in regular use.[a] The violin typically has four strings, usually tuned in perfect fifths with notes G3, D4, A4, E5, and is most commonly played by drawing a bow across its strings. It can also be played by plucking the strings with the fingers (pizzicato) and, in specialized cases, by striking the strings with the wooden side of the bow (col legno).
Learn More
Rent Now 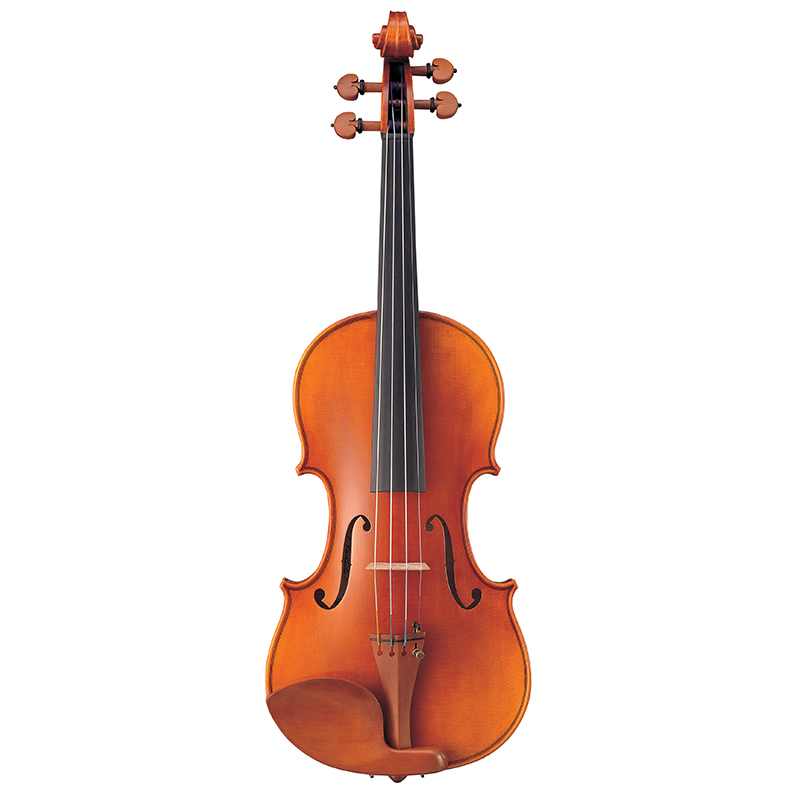 “The viola is a string instrument that is bowed, plucked, or played with varying techniques. It is slightly larger than a violin and has a lower and deeper sound. Since the 18th century, it has been the middle or alto voice of the violin family, between the violin and the cello.”
Learn More
Rent Now